I wrote a thesis about Wonder Woman, and have just finished adapting that thesis into a book (I took out all the boring, thesisy stuff, I promise).  Occasionally, I’ll post an interesting bit from the book, partly for shameless self-promotion, and partly because it’s just fun.

So in 1968, DC completely revamped Wonder Woman.  She gave up her Amazon powers and her costume and became a normal human (albeit it one with mad kung fu skills).  The new direction began here, with Wonder Woman #178: 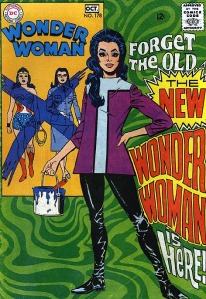 A major goal of this change was to appeal to female readers, as you can tell from the following ad that appeared in other DC comic books:

Now, you would think that this female targeting would be reflected in all aspects of the book, but here are the advertisements from Wonder Woman #178.  There were a few of the gender neutral variety: 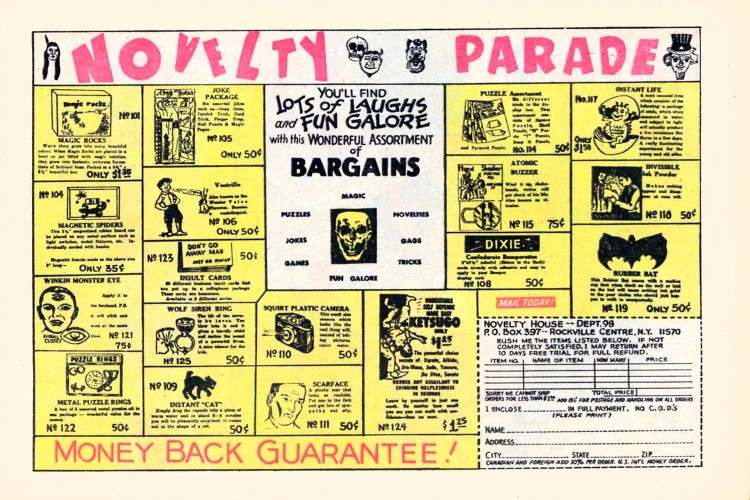 But most of them were comprised of traditional “boy” items, such as toy vehicles: 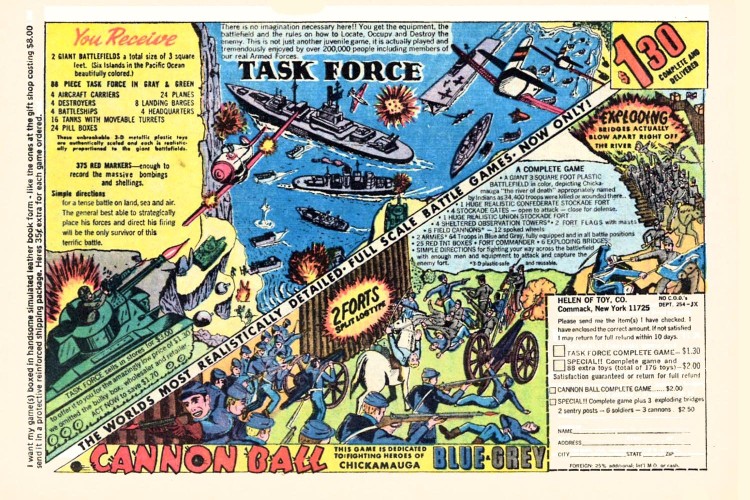 And books to make you a he-man:

There wasn’t a single ad directed at girls specifically.  Weird, right?  If you were trying to reach a female audience, shouldn’t the ads have reflected your expected readership?  What’s the deal?!

Yeah, I’m not gonna tell you what the deal is.  I can’t spoil the book!!  But man, old comic book ads are the best.  Did you look at that astronaut toughness ad?  I wish modern comics asked me “Friend, dare YOU risk 25¢?”  Hell, it would just be fun if the ads referred to me as “friend”.  Or offered me books for a quarter and three square feet of battlefield (with aircraft carriers AND planes AND destroyers AND more!!) for a buck thirty.  Video games and DVD box sets are expensive!!

Anyway, I get a kick out of the juxtaposition of ads and audience in Wonder Woman #178… it just seems like a bizarre disconnect.  OR IS IT??  Oh right, I’m not telling you…