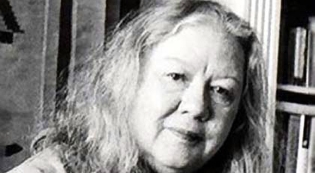 Mary Thom, a founding editor of Ms. magazine, passed away last weekend following a motor vehicle accident.  Thom was a part of Ms. from day one, and anyone associated with the early days of Ms. is thus associated with Wonder Woman: 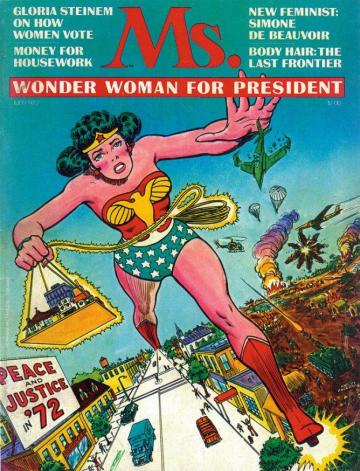 Gloria Steinem gets most of the Ms.-related attention, and with good reason since she was the public face of the magazine, and of women’s lib generally.  But Ms. was a large enterprise with several woman working together to edit and create it, and Mary Thom was a key member of this team.  A graduate of Bryn Mawr College in 1966, Thom was very involved in the anti-war and civil rights movements, and took on the cause of women’s liberation in the movement’s early days, ultimately co-founding Ms. in 1972, where she worked as an editor for the next 20 years.

Ms. magazine was remarkably groundbreaking.  At the time, magazines aimed at women focused mainly on fashion and/or housekeeping, teaching women to be well-dressed housewives.  Ms. sought to present a more well-rounded approach to womanhood.  Essays on feminist theory appeared next to how-to columns on home and auto repair.  The magazine promoted sexual health, abortion rights, women in the workplace, and aimed to help women become more politically active and self-reliant.  It was a massive shift from pretty dresses and cake recipes.  Not that there’s anything wrong with pretty dresses or cake recipes.  It’s that there were ONLY pretty dresses and cake recipes.  Ms. offered women a great many alternatives.

Mary Thom died tragically last weekend, but she also went out doing what she loved.  The 68 year old Thom was a motorcycle enthusiast who had just gotten her bike out for her first ride of the spring.  While it sadly ended in a fatal accident, it wasn’t the sort of end you’d expect for a woman in her 60s.  Thom thwarted the expectations placed on women for her entire life, even on her last day.