Earlier this week, famed comic book artist Nick Cardy passed away at the age of 93.  Cardy began in comics in 1939 at Eisner & Iger, and later won two Purple Hearts during World War Two.  Years after the war, Cardy was hired by DC Comics, where he was best known for launching the Silver Age Aquaman and drawing the first few years of his series, and for his work on Teen Titans in the late 1960s and into the 1970s.

Cardy also drew a few Wonder Woman covers soon after the end of the mod era in the early 1970s, when Wonder Woman got her superpowers back and returned to her Amazon roots.  His first cover was Wonder Woman #205, the second issue after Wonder Woman’s return:

William Moulton Marston certainly would have loved this cover.  The bondage imagery and the “Suffering Sappho!” both harked back to earlier incarnations of Wonder Woman and her past sexualized tendencies.

Cardy drew the following issue as well, Wonder Woman #206, showing a battle between Wonder Woman and her sister Nubia:

Mars had tricked them into fighting each other but, SPOILER ALERT, the two sisters soon teamed up to defeat Mars in this startling book-length epic.

The Grand Comics Database also credits Cardy with the cover of Wonder Woman #211: 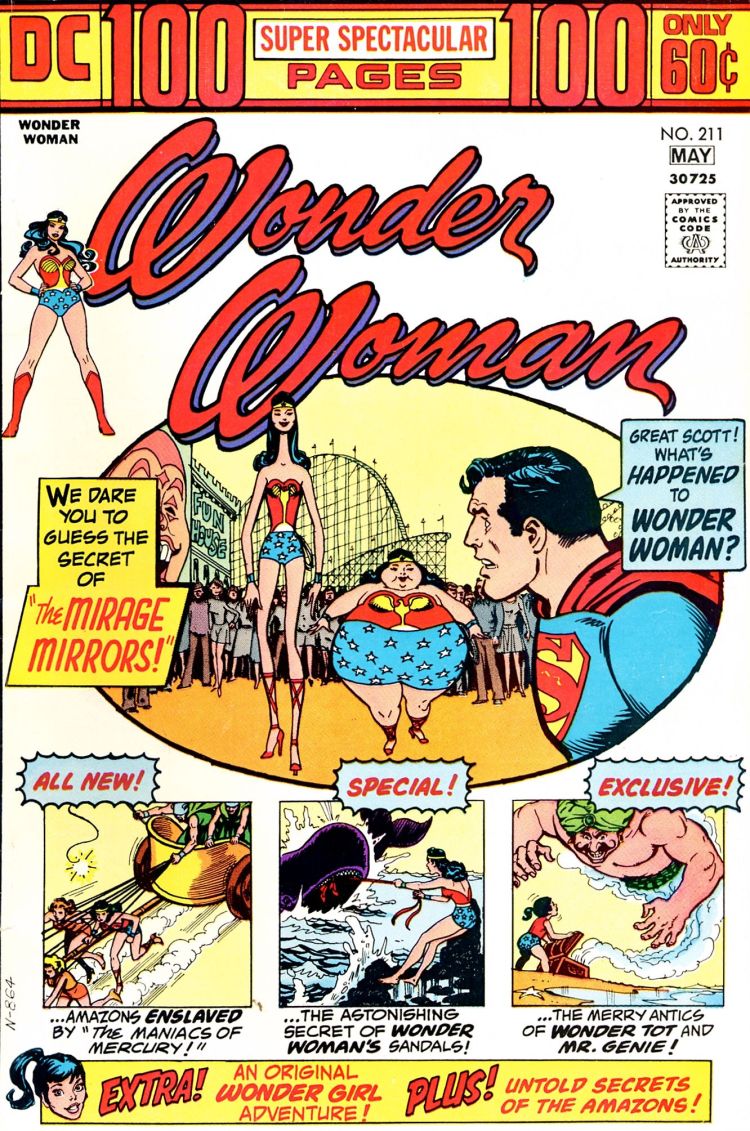 This issue had a wider array of stories, from some rehashes of a couple of old Robert Kanigher tales to Golden and Silver Age reprints.  Cardy captured a moment from a few of these issues, and got to draw some whacky situations.

Finally, Cardy drew the cover to Wonder Woman #216, a team-up with Black Canary: 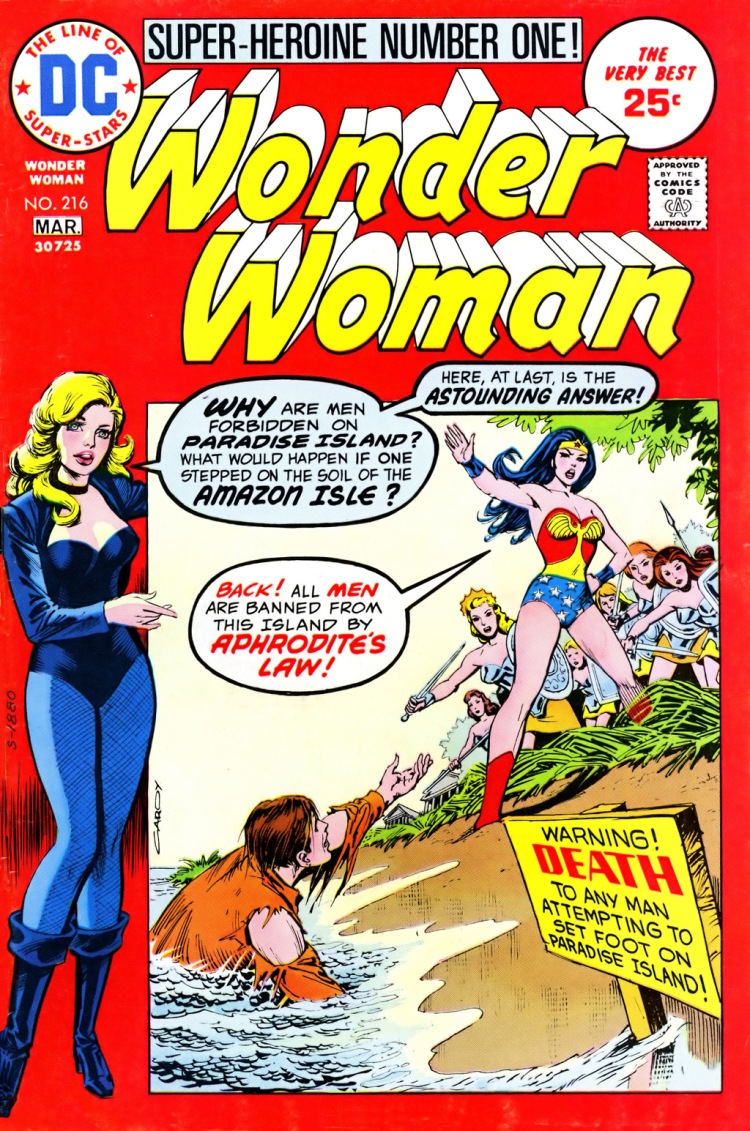 At this point in the series, Wonder Woman had to prove herself to each individual member of the Justice League so she could rejoin the team.  It was a clever plot to boost sales by including a big guest star in each issue.  In this one, Black Canary learned all about the Amazons.

Decades later, Cardy provided this pin-up for Wonder Woman #120, the ten year anniversary issue of Wonder Woman’s relaunch in 1987.  It’s a different look than his past art, and it weirdly has sort of a Lisa Frank vibe to me:

Cardy also had ties to the wider Wonder Woman universe.  He drew the cover to Brave and the Bold #60, the first appearance of Wonder Girl as a member of the Teen Titans: 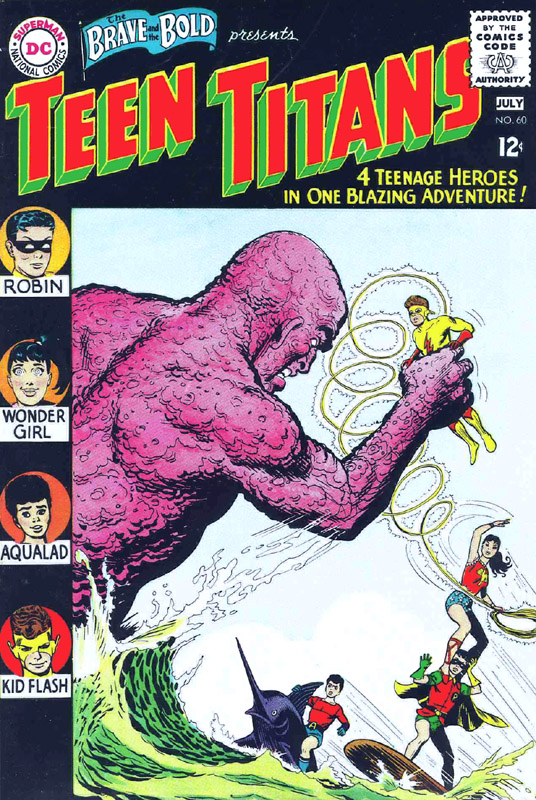 And he continued to draw her regular adventures with the team when the Teen Titans series launched the following year.

It’s always sad to lose a well known comic book icon, though living to 93 is a pretty impressive run.  While Cardy wasn’t best known for his work on Wonder Woman, he was a part of a key moment in her history and I’m sure his covers are remembered fondly by many Wonder Woman fans.

2 thoughts on “Remembering Nick Cardy With His Wonder Woman Covers”