Now that the year is almost over, it’s a good time to look back at the comic books I most enjoyed this year. Usually I like to do an all new Top 10, focusing on my new favourites, but so many books stayed ridiculously good this year that my pull list hasn’t changed a lot. So we’ll go for a split, with half returning favourites and half new books that I’m all about. We’ll start with the former!

It’s been a fantastic year for comics, and several of my best books from 2014 remain at the top of my list here at the end of 2015. My top books, in order, are: 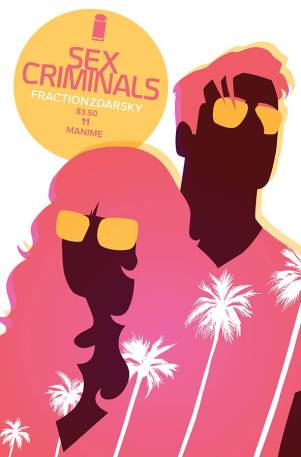 5) Sex Criminals by Matt Fraction and Chip Zdarsky: The book is hilarious and great and surprisingly heartwarming, but what I love more than anything is the letter column. It’s the funniest thing I read each month, comics or otherwise.

4) The Mighty Thor by Jason Aaron and Russell Dauterman: The series was a blast all year as Thor, and now that it’s been relaunched as The Mighty Thor the fun continues. I liked the initial mystery aspect of the book, but the reveal of Thor’s identity has led to some interesting angles and new storylines that are even more compelling.

3) ODY-C by Matt Fraction and Christian Ward: It’s a gender swapped take on The Odyssey in space. This concept could not be more up my alley, and the execution has been fascinating and gorgeous. And also informative! The essays in the backmatter are great, and are a fantastic compliment to the trippy main story.

2) Bitch Planet by Kelly Sue DeConnick and Valentine De Landro: Feminism in space again. What can I say, I have a type. The Mighty Thor sort of fits that theme too, now that I think about it! Last year, I compared the first issue of Bitch Planet to a punch in the stomach but in the best way, and the series has continued as such throughout the year. While it’s often brutal, there’s a fury to the book that I love and that is much needed.

1) Ms. Marvel by G. Willow Wilson, Adrian Alphona, and others: This was my top pick last year, and it’s my top pick this year too. It’s just so good! I LOVE Kamala Khan, I love the world they’ve built around her in Jersey City, and I love that the book is classic superhero fun in a very fresh and new way. And now, Kamala’s made it through Secret Wars and is back in a relaunched title that continues her story in enjoyable new ways. Plus she’s an Avenger! 2015 was the year of Kamala, for sure.

The year also saw a bunch of new great books, from multiversal destructions to gals across various eras to a modern day crime lord. These were my favourite new books/revamps of 2015: 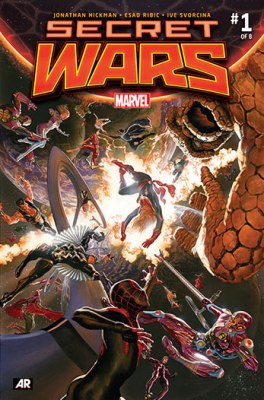 5) Secret Wars by Jonathan Hickman and Esad Ribic: This book is bananas, and I love it. I’ve been following Hickman since he relaunched Avengers and New Avengers a few years back, and while the buildup was impressive, the payoff is epic. This is the first event series in ages that I’ve really enjoyed, plus it’s also led to some great tie-ins, including A-Force, Captain Marvel and the Carol Corps, and Runaways. 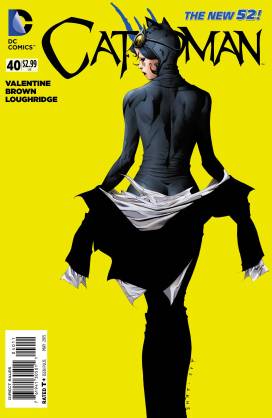 4) Catwoman by Genevieve Valentine, Garry Brown, and David Messina: This storyline began in 2014, but it ran for most of this year and it was ridiculously good. Selina Kyle took over a crime family and tried to keep Gotham from falling into a gang war, with often tragic results. It was dark and tense and an absolutely fascinating new take on the character, and I was so disappointed when DC brought in a new creative team at the end of the year.

3) Paper Girls by Brian K. Vaughan and Cliff Chiang: It’s just so gorgeous. Regular readers will know that Cliff Chiang is my favourite artist, hands down, and he doesn’t disappoint here. Plus that Vaughan fellow is pretty good too, and he’s crafted a weird, mysterious story; we’re a few issues in, and I’m still not 100% sure what’s happening. I just know that it’s rad. 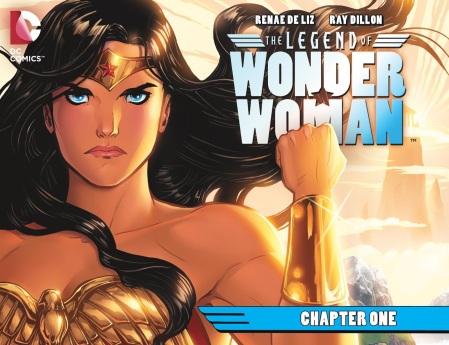 2) The Legend of Wonder Woman by Renae De Liz and Ray Dillon: The print edition of the book doesn’t start until January, but the digital version has been coming out for weeks and it’s GREAT. It’s a classic take on Wonder Woman and the Amazons but with several new, fun twists, and the first few issues have spent a lot of time establishing Themyscira and introducing us to a young Diana. Simultaneously cute and ominous, this is the best Wonder Woman book in years.

1) DC Comics Bombshells by Marguerite Bennett, Marguerite Sauvage, and more: When DC did their World War Two era “Bombshell” variant covers a while back, I thought it was kind of silly and unnecessary. But they were a hit, and now this series fleshes out the story behind the new designs, reimagining the war with scores of DC’s female heroes in the mix, and nary a male hero in sight. It’s so much fun and delightfully bad ass to see DC’s ladies working together to bust up Nazis, and I love how Bennett and her team of artists have added so much depth to what began as a line of pin-ups.

And those are my favourite books of the year! It’s all so much awesome. The comic book industry is an embarrassment of riches right now.