July will be the second month of “Rebirth,” and will be the first month we officially get two issues of Wonder Woman after June’s “Rebirth” special was followed by the launch of the new series. It’s also the second month without Superman/Wonder Woman, which is a lovely change of pace. And with Wonder Woman’s 75th anniversary on the horizon, there are a lot of Wonder Woman collections on the way. This batch has a lot of reprints of old stories, but also one new one that folks should be excited about. 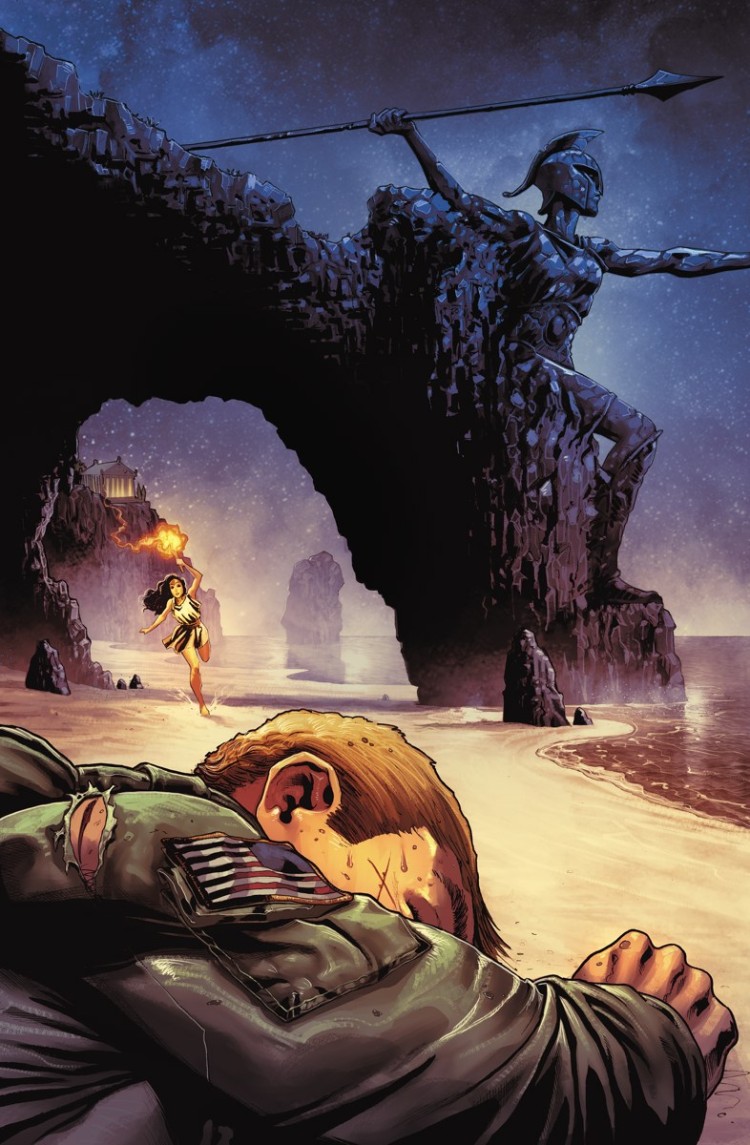 WONDER WOMAN #3
Written by GREG RUCKA
Issue #3 art and cover by LIAM SHARP
Variant cover by FRANK CHO
“THE LIES” Chapter Two: Wonder Woman must team up with one of her greatest enemies to solve a growing mystery about Themyscira as “The Lies” continues!
On sale JULY 27 • 32 pg, FC, $2.99 US • RATED T

We’ve only got a cover for the second issue, so we’ll run the solicits together. But what a cover it is! I love that Amazonian take on the Argonath, and with the stunning cover work we’ve seen from Nicola Scott thus far, I’m so excited to see what she does inside the book.

As for the story, well, we’re not getting a lot of hints here. Rucka’s been hardcore about not giving any plot points away in interviews, and it seems that the same holds for solicits. Wonder Woman teaming up with an enemy could be fun, though. My totally unsubstantiated guess is that it’s the Cheetah, just because she’s always showing up when Wonder Woman’s enemies are mentioned.

Switching gears, why is Frank Cho doing variant covers for Wonder Woman? The dude’s been such a jackass about sexualized brokeback depictions of female characters as of late. He seems like a bad choice.

THE LEGEND OF WONDER WOMAN #8
Written by RENAE DE LIZ
Art by RENAE DE LIZ and RAY DILLON
Cover by RENAE DE LIZ
Wonder Woman has been making a big splash in the European Theater of Operations, and it’s drawn the notice of Nazi high command—and something even scarier. Plus, Steve Trevor is teaching Diana Prince to fly an airplane, without knowing that his admiration for Wonder Woman is quite awkward for his trainee!
On sale JULY 13 • 40 pg, FC, 8 of 9, $3.99 US • RATED T • DIGITAL FIRST

Penultimate issue, you guys! We’re two parts into this print issue digitally right now, and it’s SUPER good. Things are ramping up for Wonder Woman’s final confrontation with the big bad, but there have been some complications. Luckily she’s got allies on hand to help her out and get her where she needs to be. This book has been SO GOOD, and if you’re not reading it then you’re missing out on one of the best Wonder Woman stories in some time.

Continuing on, check out this rad hardcover: 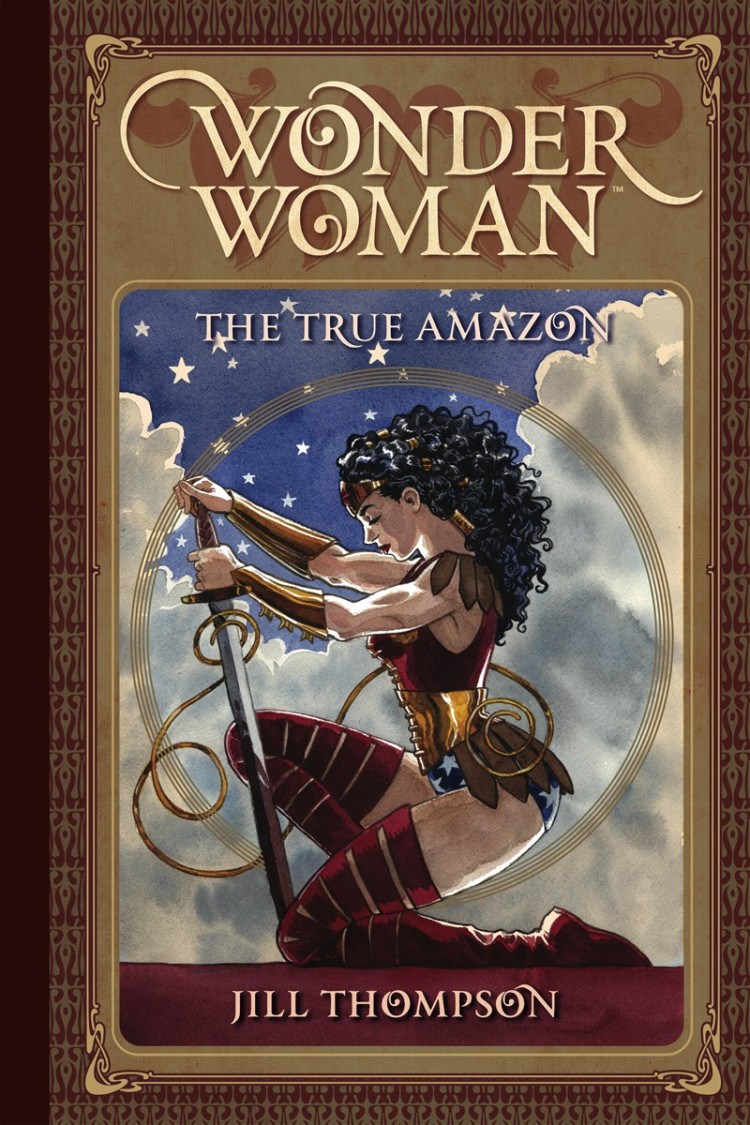 WONDER WOMAN: THE TRUE AMAZON HC
Written by JILL THOMPSON
Art and cover by JILL THOMPSON
WONDER WOMAN: THE TRUE AMAZON is Jill Thompson’s original graphic novel reimagining of the early years of the Amazon Princess Diana, who would grow up to become Wonder Woman. This fully painted graphic novel is unlike any Wonder Woman tale you have ever read, told as only Eisner Award- winning writer/artist Thompson could. When young Diana has the fawning attention of a nation, she grows spoiled. But a series of tragic events take their toll, and Diana must learn to grow up, take responsibility, and seize her destiny.
Steeped in the mythology of this iconic character’s original conception, WONDER WOMAN: THE TRUE AMAZON is designed to appeal to a wide range of readers. It’s a fresh, stand-alone interpretation of the most famous and iconic female superhero of all time and the fulfillment of a dream project by one of contemporary comics’ most acclaimed creators.
On sale SEPTEMBER 28 • 128 pg, FC, $22.99 US

I am VERY excited for this, plus it comes out on my birthday so that’s doubly awesome. I guess my birthday’s on a Wednesday this year? Good to know. So Jill Thompson is writing and drawing a graphic novel about Diana’s early years. I am totally there for that. This was announced a while back, but now it looks like it’s ready to go and I’m looking forward to checking it out. Thompson is great, and it’s always fun when she returns to Wonder Woman. I’d heard that the book was going to come out digitally first, in 12 installments, so we may get to read it sooner than later; keep your eyes peeled for that!

Finally, let’s run through some upcoming Wonder Woman reprint collections. A few had covers but they likely won’t be the final covers, so we’ll just go through them briefly:

So yeah, there’s a lot of cool stuff on the way! We’re getting three single issues that should be very enjoyable, along with a whole slew of collections rolling out over the summer and into the fall. It’s a decent time to be a Wonder Woman fan, though be careful you don’t go broke trying to buy everything!