There’s some cool stuff on the way for Wonder Woman this October, from her regular bi-monthly series to a fun special to some intriguing collections. Between Wonder Woman’s 75th anniversary and the upcoming film, the character’s profile is sky high and we’ve been getting a pretty nice selection of Wonder Woman products announced each month. It’s an exciting (and often expensive!) time to be a Wonder Woman fan.

So let’s see what Wonder Woman is up to in October, starting with her regular series: 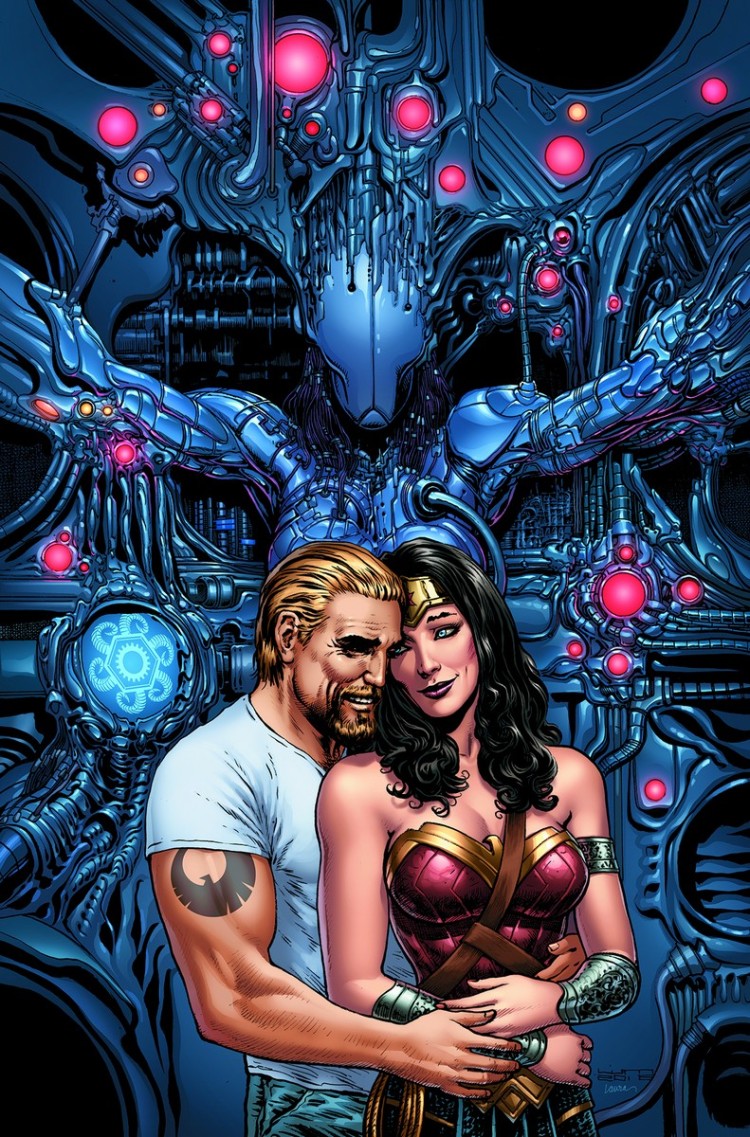 As usual, we’re only getting one of the covers, and this month it’s the Sharp one. I don’t love it, to be honest. Is it just me, or does Steve sort of look like a creep here? He’s weirding me out a little.

But, in fun news, Frank Cho is no longer doing the variant covers, and in his place we’ve got Jenny Frison, which is a huge upgrade. Cho’s covers weren’t terrible, but Cho’s a twit who seems to love to stir up sexist anger among his followers, so I’m not sad to see him go. His brand wasn’t a good fit for the book. And Frison is an amazing cover artist, so this should be very cool!

As for the insides, Rucka sure does love vague solicits. Wonder Woman is set to meet the world for the first time in “Year One”, while in “The Lies” Wonder Woman is moving slightly closer to the truth. Not a lot of information, but the series has been solid so far so I’m looking forward to it all nonetheless.

Next up, the second issue of the gorgeous looking team up, Trinity: 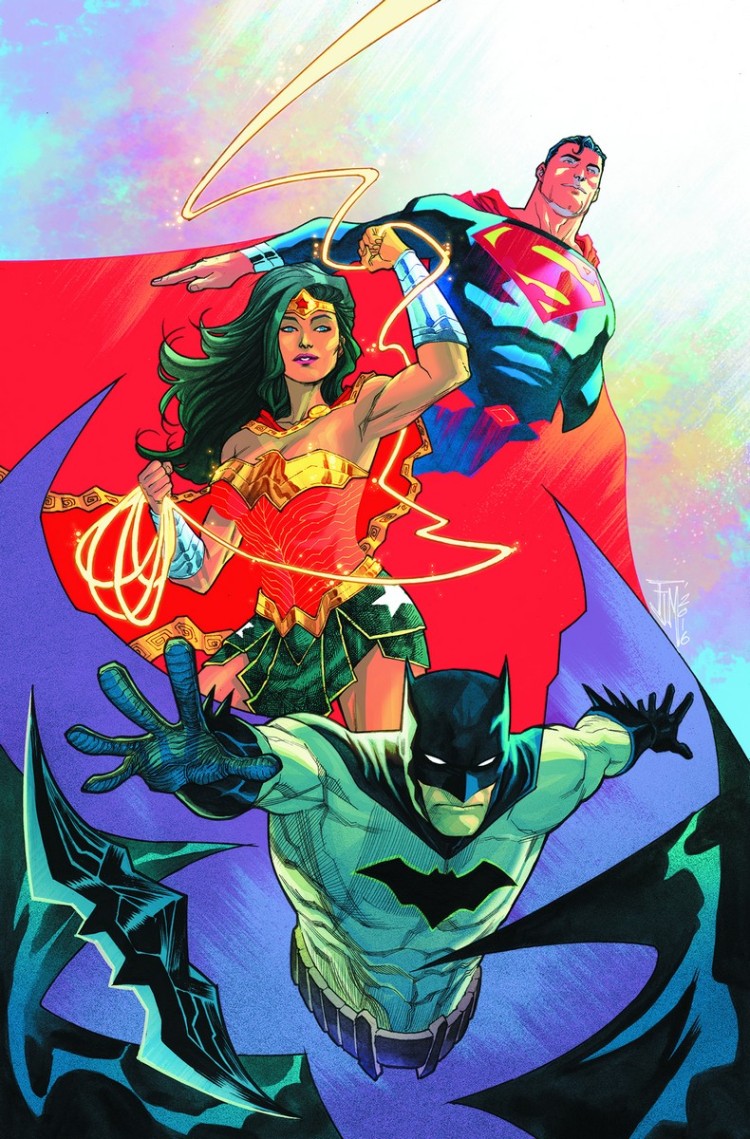 TRINITY #2
Written by FRANCIS MANAPUL • Art and cover by FRANCIS MANAPUL • Variant cover by FRANK CHO
“BETTER TOGETHER” part two! Superman, Wonder Woman and Batman have uncovered a window into their very souls: and the power of temptation proves to be stronger than any villain they could battle! The bonds of friendship and trust between the most formidable heroes on the planet will be tested to their breaking point, with the lives of innocents hanging in the balance!
On sale OCTOBER 19 • 32 pg, FC, $2.99 US • RATED T

I mean, look at that cover! I am going to buy this book based on the cover alone; it’s just so pretty. And Manapul’s doing the insides too! It’s going to look so nice. The story sounds weird in ways that could be cool. I like that the book focuses on their friendship and testing them all together; it’s a premise I can get behind. I’m keen for this book to start.

Hilariously, Frank Cho seems to have landed here with a new variant cover gig. We can’t catch a dang break! But really, who’s going to want a Cho cover when they can get that Manapul cover? It’s just too good.

We’ve also got an exciting special: 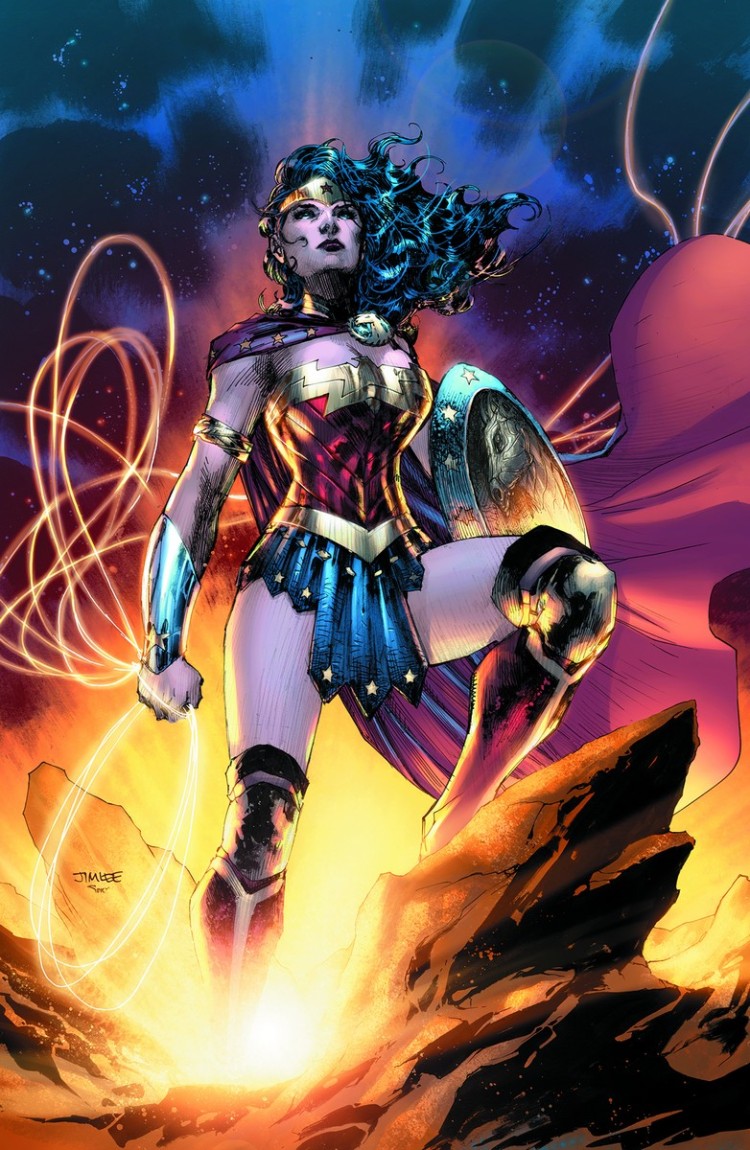 Eighty pages of Wonder Woman fun, by some killer creative teams! I’m particularly excited for Fletcher and Kerschl to do a Wonder Woman story, though more Renae De Liz is super awesome, and Adam Hughes always does a great Diana. Plus Cliff Chiang! I love Cliff Chiang so much. I’m curious to see who else gets announced; it’d be great to see some more women in the mix here. I think this book could be a blast, and I’m really looking forward to it.

Now to some collections, including a fancy absolute edition: 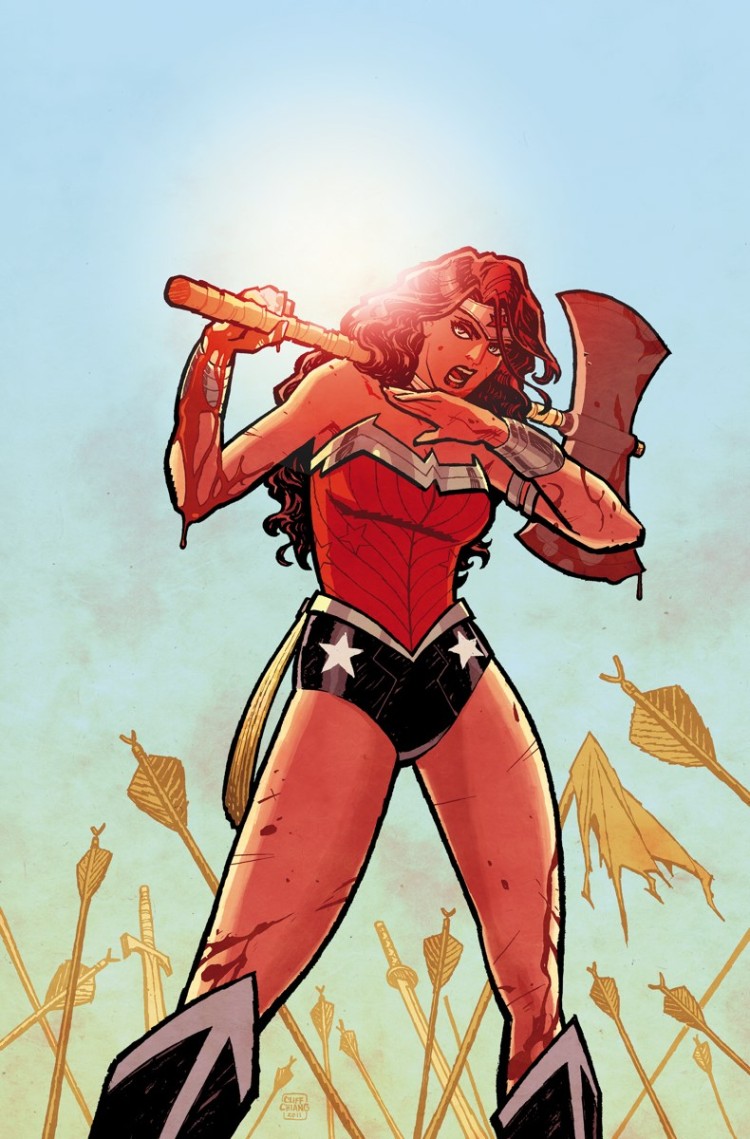 ABSOLUTE WONDER WOMAN BY BRIAN AZZARELLO AND CLIFF CHIANG VOL. 1 HC
Written by BRIAN AZZARELLO
Art by CLIFF CHIANG, TONY AKINS, DAN GREEN and KANO
Cover by CLIFF CHIANG
In these tales from the start of DC—The New 52, Wonder Woman learns that Queen Hippolyta has kept a secret from her daughter all her life—and when Diana learns who her father is, her life will shatter like brittle clay. The only one more shocked than Diana by this revelation? Bloodthirsty Hera—so why is her sinister daughter, Strife, so eager for the truth to be told? This Absolute edition collects WONDER WOMAN #1-18 and #0.
On sale FEBRUARY 1 • 484 pg, FC, 8.25” x 12.5”, $125.00 US

I have mixed feelings on this. While the first six issues of this run are AMAZING, it does go downhill somewhat after that. I’d say that about 90% of my affection for this era of Wonder Woman is tied directly to Cliff Chiang’s spectacular art, and seeing it oversized like this would be so fun, but there were a lot of fill ins too that were often only just passable. I’m not sure whether I’ll pick this up or not, especially at such a steep price. But I might; I just love Chiang too much, you guys.

Finally, the collection we’ve all been waiting for: 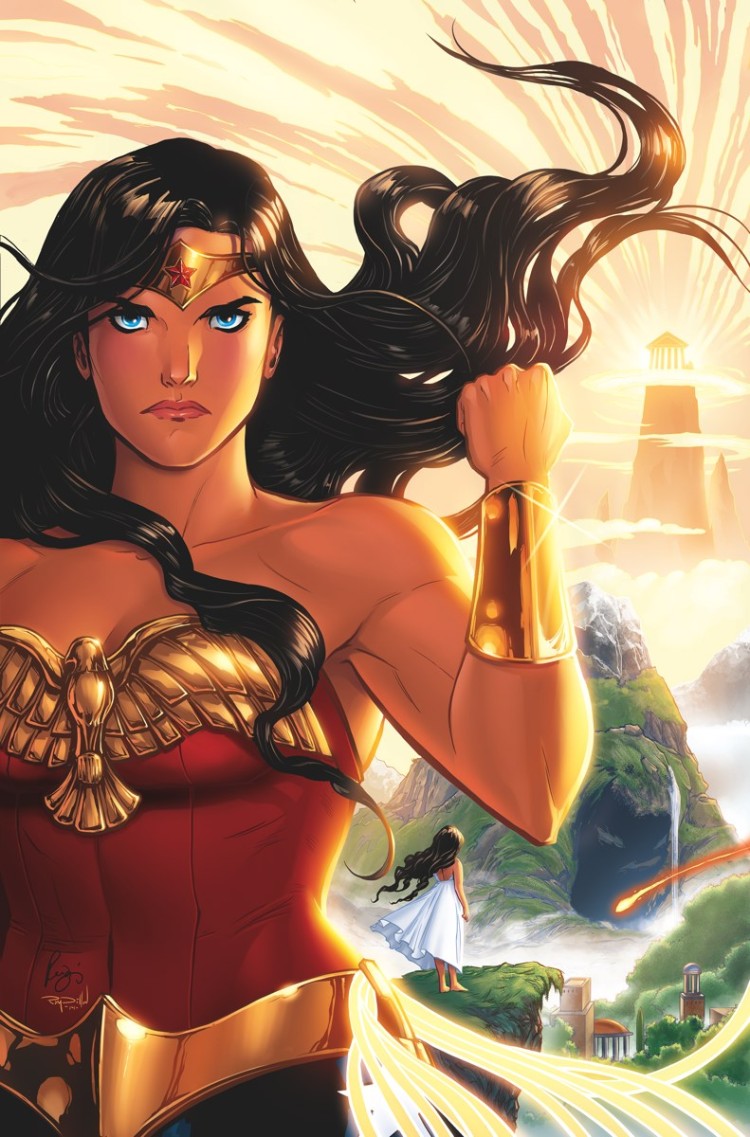 THE LEGEND OF WONDER WOMAN HC
Written by RENAE DE LIZ
Art and cover by RENAE DE LIZ and RAY DILLON
The new WONDER WOMAN 9-issue miniseries written and pencilled by Renae De Liz is collected here! In the beginning there was only chaos. But Hippolyta, Queen of the Amazons, saw a better future—and eventually her daughter would be destined to bring that new world to life! Before her ultimate fate unfolds though, Diana of Themyscira must learn the important lessons of an Amazonian childhood!
On sale DECEMBER 7 • 288 pg, FC, $29.99 US

BEST OF WONDER WOMANS!! If for some reason you were crazy enough to not read this digitally and THEN not read this in single issues, pull yourself together and mark December 7, 2016, on your calendar because you need to get this book. It’s the best Wonder Woman story I’ve read in ages; it’s gorgeous and fun, and simultaneously classic and fresh. It’s just ridiculously good on every level. You’ve got to check it out, and if you’ve got the single issues already, get some of these for your friends. I mean, talk about a perfect holiday gift!

So October should be a lot of fun for single issues, and the collections that come out further down the road are looking cool too. Remember a few months back when all we got was the Finches on Wonder Woman and a terrible Superman/Wonder Woman series? We are living the high life now, gang!