December looks to be another fairly low key month on the Wonder Woman front. The recent deluge of new Wonder Woman collections and reprints has dried up for the second straight month, but we’ve got a few fun single issues to dig into, as well as some rad action figures. Let’s take a look at where Wonder Woman will be in December 2016, starting with her own monthly series: 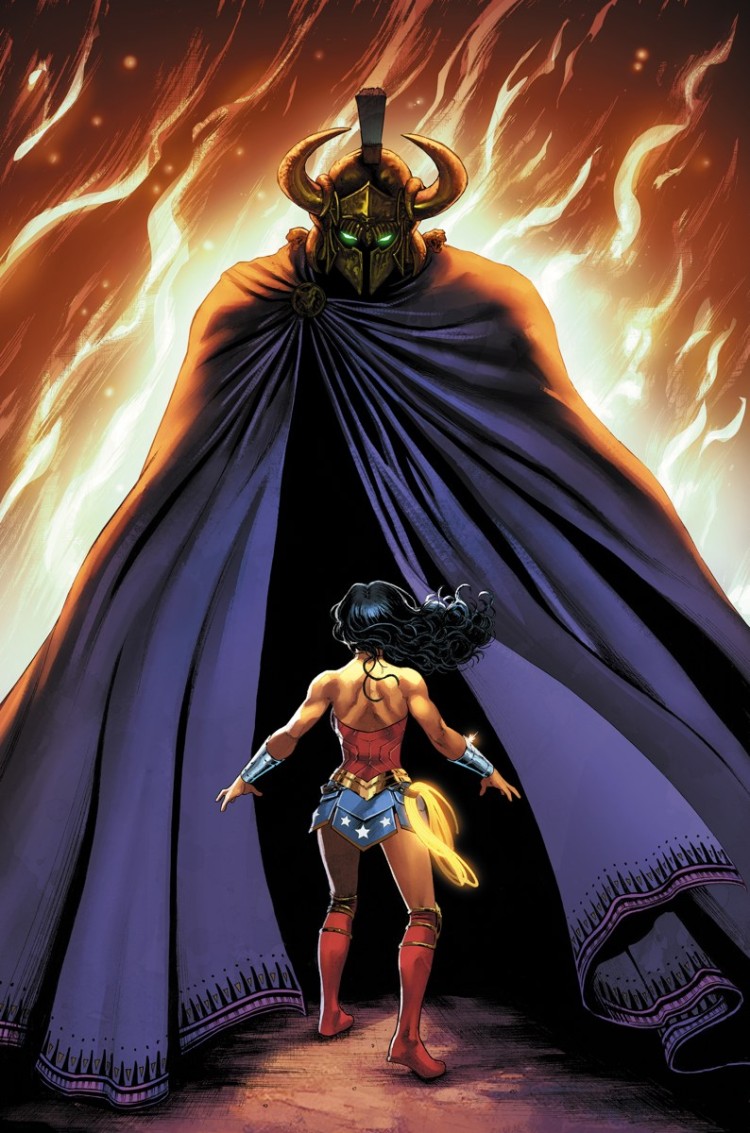 WONDER WOMAN #12
Written by GREG RUCKA
Art and cover by NICOLA SCOTT
Variant cover by JENNY FRISON
“YEAR ONE” part five! The threat is named, and now Wonder Woman and her new allies must rise to meet the coming darkness.
On sale DECEMBER 14 • 32 pg, FC, $2.99 US • RATED T

WONDER WOMAN #13
Written by GREG RUCKA
Art by MATTHEW CLARK
Cover by LIAM SHARP
Variant cover by JENNY FRISON
“BETWEEN THE LIES AND THE TRUTH”! Following the conclusion of “The Lies,” Steve Trevor must grapple with revelations about not only Wonder Woman, but himself as well!
On sale DECEMBER 28 • 32 pg, FC, $2.99 US • RATED T

Nicola Scott gets the cover here yet again, and I still don’t know why DC is refusing to put out two covers for their bi-monthly books. I like to see covers! They’re pretty and fun. At least we get a big reveal out of this one: The “threat” mentioned in the above solicit is clearly Ares, here drawn more in the style of George Perez than the New 52 incarnation who looked like Brian Azzarello. Ares has become a go-to character in Wonder Woman origin stories in the past couple of decades, and I’m curious to see what Rucka and Scott do with him.

Meanwhile, “The Lies” is wrapped up in the odd-numbered issues so we’ll get a special issue with guest artist Matthew Clark that’s focused on Steve Trevor. I don’t know that anyone was clamoring for a Steve Trevor special, but he’s been surprisingly likable and endearing in this run thus far so the issue could be a good time.

TRINITY #4
Written by FRANCIS MANAPUL
Art and cover by CLAY MANN
Variant cover by BILL SIENKIEWICZ
“BETTER TOGETHER” part four! The trio’s tribulations have turned the Black Mercy’s gift into a world of nightmares that give birth to a horror that can only be called the White Mercy. And what scares Batman, Superman and Wonder Woman could destroy the world!
On sale DECEMBER 21 • 32 pg, FC, $2.99 US • RATED T

The cover in the solicits for this issue was the same cover we got last month, so either they’re swapping covers or this one isn’t done yet. Either way, I left it out. The Black Mercy storyline continues in December, and I’m curious to see how it goes. The first issue of the series debuts TOMORROW, which is exciting. My enthusiasm for the book is based solely on the gorgeous covers we’ve seen so far, so hopefully the story is fun too.

Wonder Woman’s also popping up in a holiday special:

I like holiday specials, and a story where Wonder Woman interrupts John Constantine’s pagan party sounds like a hoot. The price is a little steep on this one, but there are some great writers and artists in the mix that might make this book worth checking out.

Finally, the December solicits feature a couple of Wonder Woman action figures that will hit stores in April 2017. We’ve got one based on that DC Comics Bombshells line that will be $28 US; it looks like a lot of fun: 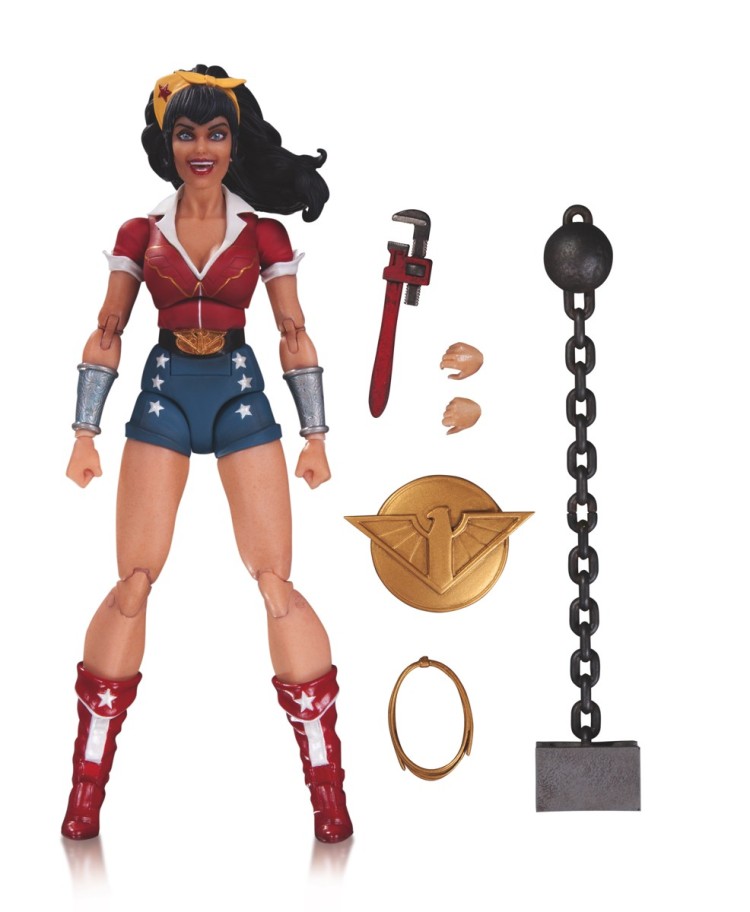 And another based on Ivan Reis’ design of Wonder Woman from his Justice League run for $45 US. Holy wow, that’s a lot:

It’s a lovely figure, but already out of date what with the new “Rebirth” costume. Figures take a long time to make, and they change Wonder Woman’s costume every other week it seems. Still, it’s very cool, albeit mad pricey.

Look for all of these comics this December, and the action figures this April!

One thought on “Wonder Woman’s December 2016 Covers and Solicits”