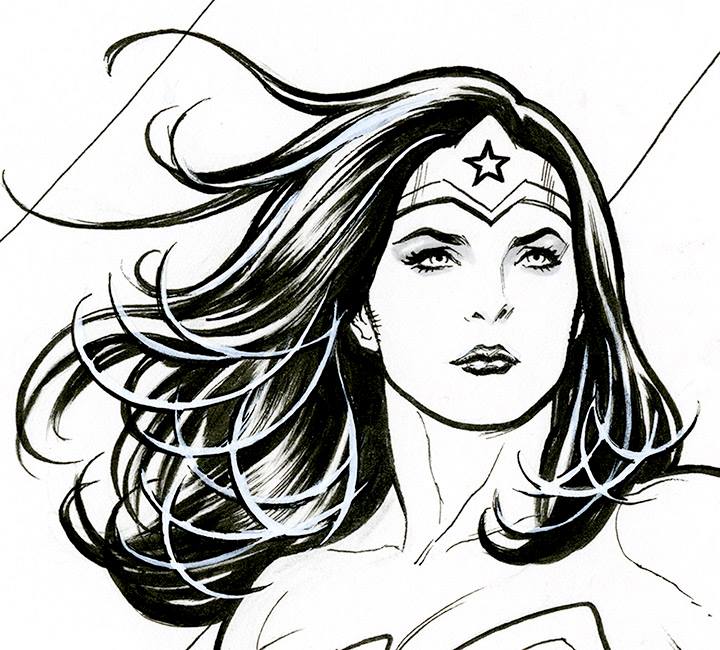 This weekend, artist Frank Cho announced on his Facebook page that he’ll be drawing variant covers for Wonder Woman when the series relaunches this June as part of DC’s “Rebirth” line. Several sites are reporting that he’ll be on the book for a year, and since it’s shipping bi-monthly that means 24 covers. Cho is an artist best known for doing sexy pin-ups and while his work isn’t really my jam, he’s certainly very good at what he does. He’s also drawn some cool, non-hypersexualized stuff when reined it, and hopefully he brings some of that restraint to Wonder Woman. Cho’s got definite skills. However, he’s also a real twit.

It all started a while back when Marvel inexplicably decided that it would be a fun idea to hire famed erotica artist Milo Manara to draw variant covers starring their female characters. He did a Spider-Woman cover that had the character bizarrely positioned with her butt poised high in the air, and the cover drew a lot of criticism. It was poorly drawn, and the sexualized pose wasn’t a good reflection of the contents of the new Spider-Woman series. Marvel eventually decided not to release the cover.

For some reason, Frank Cho decided that this was the hill he wanted to die on. He did a commission of Spider-Gwen on a blank sketch cover, mimicking the Manara pose. When folks were all, “Come on, man,” Cho blasted the “small group of angry and humorless people ranting against my DRAWING of a pretty woman,” telling them that they should “just grow a sense of humor and relax.” He then doubled down on the pose, drawing Harley Quinn in the same position. Over the past year, he’s done several of these pieces, reveling in the controversy he’s causing and proudly posting them on the internet like he’s some sort of brave rebel (he’s not).

The reaction to Cho’s pieces have brought him some vocal defenders, many of whom are the sort of men (they’re all men) who use the term “social justice warrior” unironically. They see Cho as a defender of free speech, a valiant hero saving the comic book industry from the scourge of evil feminists who are ruining their funny books. Cho tried to capitalize on the support of these dopes by following the posting of one of his sketches with a campaign where he sold “Friends of Cho” t-shirts. The ad for the shirts asked, “Are you outraged by the outrage?” and offered his fans the opportunity to stand with him (he only sold 21 one of them online).

So, this twit is drawing Wonder Woman covers. It doesn’t seem like a good fit. When your biggest fans think that feminists are destroying comics, maybe a series starring a famed feminist icon is just not the book for you. It’s a dumb move by DC, doubly so on the heels of the ongoing controversy surrounding known sexual harasser Eddie Berganza, who currently edits Wonder Woman (he won’t be doing so when the book relaunches). Sometimes it feels like DC is doing their damnedest to alienate their female and feminist fans.

Cho’s fans will be in for a surprise if they pick up the new Wonder Woman, though, what with noted feminist and all around good guy Greg Rucka writing the book. All 21 of them are going to be sorely disappointed come June.